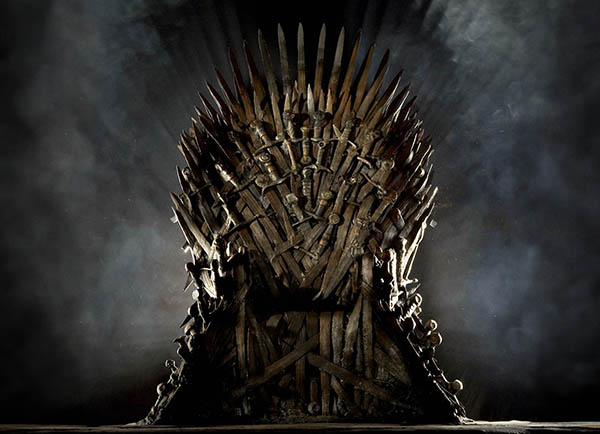 If you are a Game of Thrones HBO series fan, and didn’t hear about recent ‘Red Wedding’ spoiler splashed all over the cover of the Metro, you must have been on Mars. Or perhaps more appropriately, lost somewhere in the Dothraki Sea. Let’s just say that the Rains of Castamere episode which will make you question everything…. EVERYTHING.

A week or so later, I am still reflecting on what this event and the varied reactions of viewers mean to me as a fantasy writer. It feels like something momentous just happened (although the book was written over ten years ago). I mean, this is fantasy, right? There are some built-in expectations you have as a reader or viewer. Like the one that says the good guys usually win. I’m not going to say more, but let’s just say these are things only a brave author messes with.

Grit, realism and unpredictability in fantasy

I first read the Red Wedding scene in the books. I have to say the shock was so powerful that it made me rethink a lot of things about how I work as a writer. As I progressed through the whole George R. R. Martin ‘Song of Ice and Fire’ series (to date) I quickly realised that here was an author prepared to tear up the fantasy rulebook and dance a little jig on the tattered remains. One by one, every fantasy stereotype was incinerated. My literary/moral compass was left by the roadside as it became clear I had no idea where we were going, what was happening next. Bad things were happening, and there was no glimmer of better things on the horizon. It made remarkably addictive reading, so much so that I finished the whole series (to date) in less than a year.

The whole compass of fantasy has changed since I first started reading Tolkien, Raymond E Feist, Stephen Donaldson, David Gemmell, Janny Wurts and other authors back in my teens. Back then, the good guys were… well, pretty much Good. And the bad guys were Bad, usually very bad, with little in the way of redeeming features (though Raistlin Majere of the Dragonlance novels was by far the most interesting bad guy that I came across from that period – simply because he wasn’t all bad).  You knew where you were with old school morality. When you read a fantasy novel you would be fairly confident that though the road be long and hard, in the end the Good Guys would win (cue stirring heroic score). Whilst that approach gives the reader a solid foundation of what to expect, it’s also predictable.

Over the years we have seen this move to a much more warts-and-all-real-life-gritty-cynicsm among some writers. Now I am not as well read as some, having spent most of my time writing rather than reading, but apparent exponents (deliberate or otherwise) of this more gritty style whose work I am familiar with are:

Now the Good Guy could over the course of the story become the Bad Guy, and vice versa. Kings, queens and other authority figures are spoilt, power-hungry tyrants, ready to put their populace to the sword. Mentors are waiting for the moment to undermine those they profess to help. Soldiers who defend the realm are more likely to steal, rob and prey on the weak, in between their fighting and killing. In the end, the good guys don’t win, or if they do it’s a bone-weary stalemate, the latest rest point in an eternal struggle. Happy days.

There is a lot to be said about the move to this type of fantasy, as Joe Abercrombie explores at length in his post about the value of grit in fantasy. For one thing, it’s less predictable. No more plodding quests to find the Bad Guy in the Land of Eternal Doom. Chances are, the Good Guy was behind it all along, using the Bad Guy as his patsy. Or maybe you never find out, because the character dies a horrible death along the way. I am not sure if that latter point should be under ‘why it’s good’, but hey it’s no less true.

This more gritty portrayal is also good because it’s more real (excusing the fact that our stories take place in a world which doesn’t exist). There are a lot of unhappy endings in life, in amongst some happy ones. The world carries on, and endings aren’t permanent. Our lives are a journey of triumphs and failures with a lot of in between ‘meh’ moments.

It’s good because we can sympathise with the trials of the characters we read about. To be honest, when I read The Name of the Wind by Patrick Rothfuss, the part about Kvothe’s life as a street urchin of Tarbean, I was distraught. The cruelty was heartbreaking. It was all the more real to me because I didn’t know where it was going, that things would get any better.

It’s also good because with the moral gloves off, the Bad Guys can be really bad. Hell, the Good Guys can be really bad too. The result can be a personal outrage as a reader. We rage against the injustice, get angry at how bad things really are, we despair with the characters when things take a track we thought wasn’t possible.  Perhaps we even laugh at the black humour of certain situations… I mean, if we didn’t laugh we might cry (inside, at least – don’t think I’m some kind of wuss).

Grit and realism can strip away the varnish we are so used to in traditional fantasy literature. The noble king, the dashing knights, the romance and mystery of magic. Legends and heroes. It’s all rubbish, when you think about it, a fantasy equivalent of our modern-day fascination for the famous, the wealthy and powerful. Imagine Heat magazine written in the 14th century. Going back to Patrick Rothfuss and his character Kvothe, I especially like the way his legend is stripped back to a real person in The Name of the Wind (the legend gets a bit more serious in book 2). His deeds are (mostly) fairly modest, but become, with embellishment more elaborate tales which travel far and wide.

Then we come to the violence. Fights, battles and wars are a nasty business, scary and brutal. Thankfully it’s not something I have ever had to experience, but you need only see the haunted look of war refugees on TV to know that these people have seen and experienced things people shouldn’t ever have to experience. So why glorify war and combat in literature? It should revolt us, scare us. That’s a moral lesson in itself. Joe Abercrombie does this very well. Logen Ninefingers, the most feared warrior in the north, still scared when he goes into battle… pulse racing, sweat dripping in his eyes, feet slipping in the mud. Real.

There’s a reason I like fantasy, and whether consciously or not, I think deep down it’s the same for a lot of other people. It’s because it offers an escape from the inevitable disappointment of day-to-day life. Things are bigger, different, more exotic, exciting (in a good way… and no, not the way some might witness if they google ‘fantasy’ and ‘excitement’ in the same search). The crushing reality that the same shit happens in fantasy novels, but much, much worse can be a bit of a turnoff for some.

The moral compass of traditional fantasy literature is arguably a mirror of a society that tells us to be good, not bad. Good means success, reward, peace, a warm feeling inside, and depending on your religious views a promising afterlife. Bad means conflict, exclusion, suffering, punishment, and potentially eternal damnation. At some level, I think most people believe in good as positive and evil as negative, so who are we as writers to mess with that? Personally I was never a fan of horror films/fiction, so I guess the point is lost on me, but you could ask what the artistic purpose is of showing suffering and pain so graphically?  Some of the stuff I have read, we are way past drowning puppies in a sack here. If the Good Guys never win, why are we reading this story as ‘entertainment’? What is the purpose of challenging our faith in good vs. evil?

Conclusion (for me, at least)

You will see from the above that I struggled thinking of too many negatives, which is quite telling. I think fantasy has moved in the right direction, an evolution if you like, to ensure its relevance to the modern reader, in a grey, rather than black and white world, where politicians, states, religion, corporations, and other leading symbols of our civilised world and viewed by many with cynicism. There are few heroes, really, when you discover the truth, and it seems one of the biggest hero slayers right now (after George R. R. Martin who rocks at that) is Twitter.

For me, as a writer and as a reader, I sit more comfortably somewhere in the middle of the scale between traditional and gritty. I revised my early drafts of Warlords of the Dreaming God in this direction some years ago, but I am reluctant to go as far as Joe Abercrombie has. Of the writers whose work I have read, Joe sits firmly on the throne as Grit King. George R. R. Martin is a more comfortable threshold for me, by turns challenging, brutal, cruel and shocking but I still have a hope that things will turn out well in the end. Whether that is a vain hope remains entirely on the man himself.

Scott Foley is a British fantasy writer based in Manchester. He is author of Knight of Aslath and the Dreaming God Chronicle. Brought up on a steady diet of Tolkien, roleplaying games and a never-ending fascination with the question ‘what if?’, writing fantasy novels seemed the only sensible and worthwhile thing to do with his life. Knight of Aslath is his first novel, and he is currently working on the sequel Warlords of the Dreaming God. Both novels form the beginning of the Dreaming God Chronicle and are set in the fantasy world of Teth-Kiran. Knight of Aslath is available on Amazon, and you can find out more about Scott's work at: http://www.scottfoleybooks.com
« In the end, it will fail…this false glory of men » How long was I asleep for?