I’m currently hard at work on a free short story set slightly before Knight of Aslath, which will be released some time in the new year. Today I’d like to share with you part of the draft opening scene of Hand of Ashaila, hope you enjoy it. 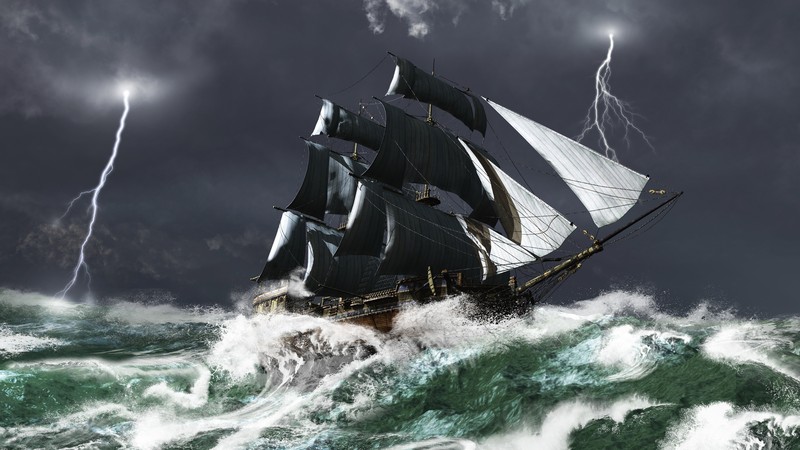 “The key to a long life,” she said, tightening the garrotte, “Is knowing when not to pick a fight.”

The pilgrim clutched at the cord wound tight around his neck. His dagger lay abandoned on the floor and he struggled frantically as his face turned purple and his eyes bulged almost from their sockets.

Welesien watched in horrified silence, his heart racing as life slowly ebbed from the man’s body. The pilgrim’s struggling slowed, his panicked kicks lost their power, and his hands finally slipped to his sides as he stared off into space.

“I asked you to do one thing,” she said, turning on Welesien as she released the cord.

“Karisa, you asked me to do many things since we first set out,” he replied, wiping the blood from his nose. “This is the first time you asked me to kill a man. He was stronger than he looked, you know.”

Karisa let the pilgrim’s body slump quietly to the floor of the cabin, then smoothed the creases in her dress and tidied her dark hair back into a bun.

“You’re telling me, a woman?” said Karisa. “I thought your father had you training with that swordmaster for two years, what on earth did you learn?”

Welesien out out a hand to brace himself as the ship rocked in the high seas. The lantern swung in its bracket, rolling eerie shadows across the cabin and the dead body that lay between them. He listened for some sign that the struggle had been overheard, but outside their cabin all was silent.

“I learnt to use a fencing sword,” he said finally. “But you threw that into the sea two days ago before we even got on the ship, remember?”

Karisa smiled at him, as a mother would to a child that did not understand the words she had just said. She was beautiful, with rich brown eyes and high cheekbones that spoke of Vekarian ancestry. Not even the unreality of their situation could distract him from the long-held feelings she roused whenever he looked at her.

“That sword was the mark of a wealthy man,” she said. “In case you hadn’t noticed, we are supposedly husband and wife, on a pilgrimage to the Great Temple at Grethane, ordinary folk that have saved for years to make this journey. You are not a rich merchant’s son running from the Temple of Shirith-Kah. In any case, if you skewered him with that, there would be blood everywhere, and how on earth would you explain that to the ship’s crew?”

Welesien looked around the cabin, sparsely furnished with a wooden chest, a small table and two hammocks slung between upright beams. “We let him get too close,” he said finally. “We should have just ignored him, kept to our own business.”

Kerisa knelt beside the body, reaching out to close the man’s eyes. “He was getting suspicious,” she said, shaking her head. “Fellow pilgrims are supposed to enjoy each others’ company on the road. A shame he realized we aren’t who we appeared. It was stupid of him to pull the knife on us.”

“You mean a shame when he realised you didn’t know the Great Temple was carved from a mountain, like any learned pilgrim would know?” he said. “You think I don’t know how to lie like you, but I would have held my own with him.”

She looked up, her lips a thin crease. “Yes, very well, your book learning counted for something. Help me move him.”

“Giving orders again?” he said, raising his chin. “You are my father’s employee, and he asked me to make this journey, with your help.”

“Yes? Well your father’s probably dead by now. So that means if I’m taking orders from anyone, it’s your elder brother Serien, and he’s hundreds of miles away in Kellis. So we’ll just have to see how we get along.”

A loud knock came on the cabin door. Welesien started, looking wide eyed down at the body on the floor.

If you enjoyed this and would like to read the full story, sign up to my newsletter so I can keep you updated on when it will be released, and where you can get it for free!

Scott Foley is a British fantasy writer based in Manchester. He is author of Knight of Aslath and the Dreaming God Chronicle. Brought up on a steady diet of Tolkien, roleplaying games and a never-ending fascination with the question ‘what if?’, writing fantasy novels seemed the only sensible and worthwhile thing to do with his life. Knight of Aslath is his first novel, and he is currently working on the sequel Warlords of the Dreaming God. Both novels form the beginning of the Dreaming God Chronicle and are set in the fantasy world of Teth-Kiran. Knight of Aslath is available on Amazon, and you can find out more about Scott's work at: http://www.scottfoleybooks.com
« Fantasy book giveaways